MUSEUM NIGHT – THE WORLD BELONGS TO THE YOUNG

You are here: Home1 / MUSEUM NIGHT – THE WORLD BELONGS TO THE YOUNG 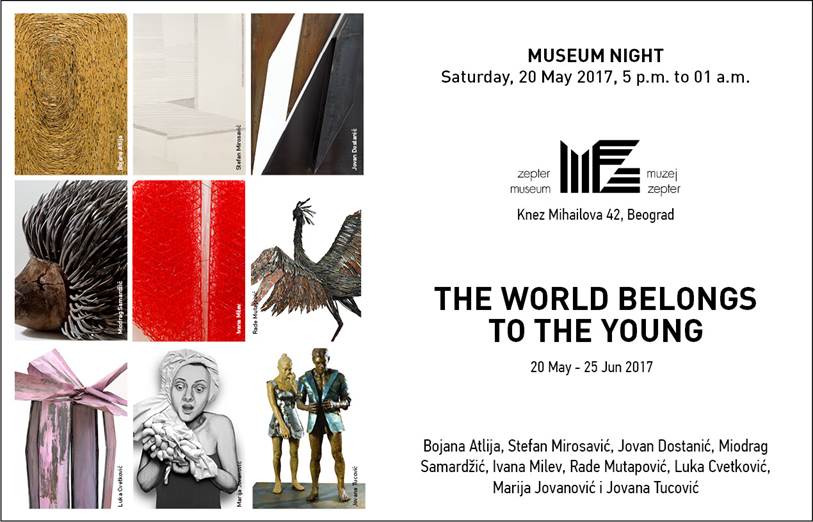 In the apathy of everyday life and inadequate, populistic selection of values, particularly among the young, well-educated, clever and hardworking young people leave their country seeking refuge somewhere else. What youth will this country rely on after the worthiest have gone?

Questions offer answers – we should give chance to proven values and encourage the bet to pursue their intended projects.

From the very beginning the Zepter Gallery underlined in its programme the promotion of the youngest artists as one of the most important ambitions. In the course of its several years long existence, the Gallery organised first public exhibitions of postgraduate students from the Faculty of Fine Arts in Belgrade.

With the founding of the ZEPTER MUSEUM their purchased works entered the Museum collection alongside the works by the best-known artists from Serbia from the second half of the twentieth century and the beginning of the new millennium.

In recent years they were joined by mature works of the youngest who are just leaving, or still working in, the Faculty studios.

Give the hardworking a chance. We need them in this country.