RADA SELAKOVIĆ – A LEGACY FOR THE FUTURE

You are here: Home1 / RADA SELAKOVIĆ – A LEGACY FOR THE FUTURE

Born in 1952 and died in 2008, in Belgrade. She graduated in 1976, from the Painting Department (with Professor Radenko Mišević) of the Faculty of Fine Arts in Belgrade, and completed postgraduate studies in 1978. She received a grant from the Greek government in 1980/81, and from the Fulbright Commission for studies in the USA in 1985/86. From 1983 to 1989 she worked for the Cultural Programme of Radio Television Belgrade − Friday Nights at Ten. She worked and lived as free-lance artist in Belgrade.

She was a member of the Association of Serbian Artists.

She had her first solo exhibition in 1980 in Belgrade (with several to follow), then in Athens, Sveti Stefan, New York, Budva, Čačak, Kraljevo, Novi Pazar, Kruševac, Paris, Užice.  From 1975 onwards she participated in many group exhibitions locally and abroad. In the Zepter Gallery her works were seen at the following exhibitions: RADA SELAKOVIĆ, The Space of Structure, from October 3 to November 4, 1996; THE KEEPERS OF THE ARTISTIC SECRET, from April 11 to May 13, 2002 – after the book by Ljiljana Ćinkul, THE KEEPERS OF THE ARTISTIC SECRET, edition Ars figura, CLIO, Belgrade, 2002, under the auspices of the Madlena Janković Zepter Fund.

Her works can be found in a number of private and public collections, locally and abroad. Realized project: Cosmorama − Image of the World, wall mosaic − fountain, Central Hall Hyatt Regency Hotel, Belgrade. She made several videos.

From a distance of ten years one has a much more realistic picture of the creative opus of Rada Selaković, so suddenly interrupted in 2008. We can now confirm with conviction that it surpassed „the close-up gaze“ that was the only possible view art historians and theorists could have had on her output. The more or less inventive chroniclers of the beginnings of Rada Selaković related them to realism. Still, although she had ascertained (in 2004), as the recipient of the Big Seal of the Graphic Artists Association – one of the awards that evaluated her works – that craft came before experiments, she had begun her opus before her apprenticeship at the Faculty of Fine Arts, before realism: with conceptual art.

Her craft, as evidenced by her works, invites no objection – it was a solid foundation for what really came afterwards and was not recognised by her colleagues. They did not recognise on several occasions when she applied for the position of an Assistant for Drawing at the Faculty of Fine Arts. They did not recognise or …. The period of her studies represented a specific conceptual engagement reflected in ball-room dresses she would wear, for example, for –Mosaic classes. Festively costumed, with theatrical make-up, particularly noticeable when she was at the Faculty of Fine Arts, notwithstanding the usual expectations regarding the outfit of an art student – Rada Selaković was in fact enacting a lasting performance. Perhaps one could say that it was a project called „an artist should be beautiful all the time“ or „an artist is special“… In all the cycles of her creation, concept was an important element. For example, what one could read as eroticism and erotic (acrylite, segments of golden bodies on rice paper) can also be experienced as a game and as the decoration of the world, but it would then have too little influence on the essence of man and (that art) could not last. Great art is the one that has influence on man and humanity – it is revolutionary art. In many different ways. Its radicalism need not be instrumental. It can, just like Rada’s acrylites and golden drawings, prepare the conscious and consciousness, influence humane behaviour and survive in all the changes of time.

It is logical, then, that Rada thought “ a literal engagement made a work banal” and so there were “no deviations in her opus towards daily politics”. This secured a lasting quality to Rada’s works where the complexity has yet to be read and understood.

In many, if not in all, areas of life everything that brought the generation of Rada Selaković to the end of their studies has become problematic. In three unrealised segments of her Cosmography (Air, Earth, Water) we can firmly say that she recognised the new feeling drifting in the air: sciences brought radical changes in evaluations, in historic understanding, social systems, the basic concepts of physics, aesthetics and aesthetic dogmas… At the same time the respect for new discoveries and concepts was born, but also scepticism towards them. By using the experience she had acquired through previous cycles, Rada Selaković began in 2001 her researches in the four-part Cosmographies: Air 2001, Earth 2005, Water 2007, while the realisation of the fourth – Fire – was planned for 2008. She did not then, just as she had not done before, work impulsively, instinctively, in the swing of inspiration. Like a scientist, she first conscientiously analysed all the elements and layers of the initial conception in concurrence with the time she lived in. In other words, she drew attention “to general values lost in the flood of trivialities and false politicising”. It was just for that reason that Rada treated the Earth as a planet, as a living matter, as a nucleus – the essence. The accent was on the necessary unity of man and the Earth. We could form only a general opinion that it was about ecology, since the problem touches upon everything, first of all mental ecology, and serves as a specific warning. When “we are talking about pollution we must not forget mental hygiene, new technologies that introduce into the real life an emotional intelligence, sympathy – that forgotten word – and also the relationship of one man towards another. There is a lot of pollution there.”

In the three segments of Cosmography Rada Selaković unambiguously brought into her opus “the great real” and “the great abstract”, not forgetting, but restoring, ancient cultures – as, for example, when she titles some of her works with the verses from the Song of Songs. In fact, in her entire opus, she was endeavouring to re-establish the severed contact between the artist and the community. The messages emanated by Cosmography are so loud that they must be heard by those they are sent to. The artist remained in touch with the fate of humanity, because the essential question was not: what were the aspirations of art, but: to what was humankind turning to. That Declaration: Air, Earth, Water – explains in a certain way her previous cycles and proves that Rada Selaković was not a producer, but a researcher, an inventor and discoverer. 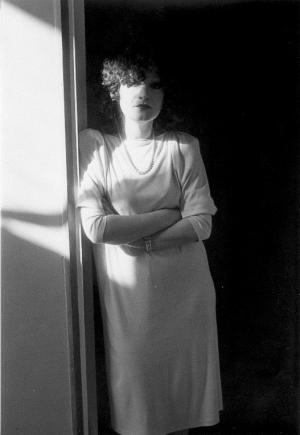 Therefore, Rada Selaković did not want the literal engagements and deviations towards daily politics to make an artwork commonplace. Still, her collusion with scientific researches, her interest in new technologies – as reflected in her works – confirm that she was best situated in her age as a creator. And even more than that, owing to her humane sensibility, born from her middle-class cultural upbringing, she was able to predict what arrived a decade later.

Her realism, the period of abstract pictures, her video-recordings, the sound, the drawing, graphic prints, numerous well- and studiously prepared television clips on the current developments in visual arts and her portraits of artists for the prestigious programme Fridays at 10 pm – all of that belonged to the output of Rada Selaković, an independent multimedia artist.

In order to understand the complex opus of Rada Selaković in all its significance and meaning one needs a young researcher, a good reader – a historian and/or a theorist of art who understands the history of film and video art, who recognises the current influences of sciences on and within the arts, and feels that her art had made such a magnificent step forward into the future that its true interpreters have yet to come. 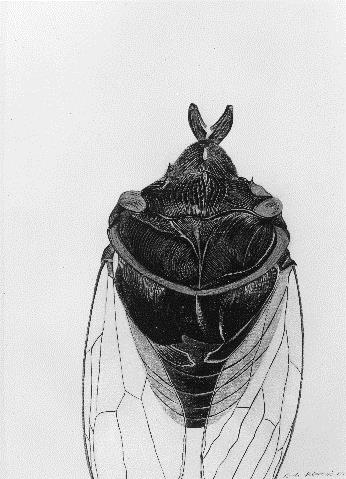 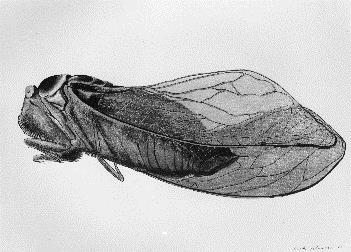 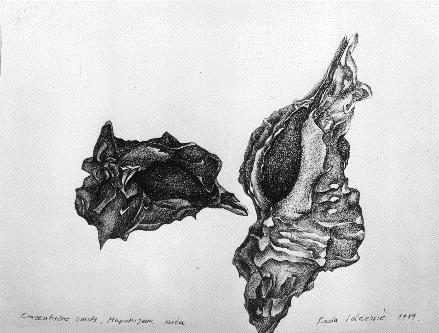 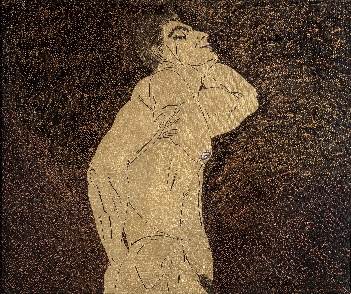 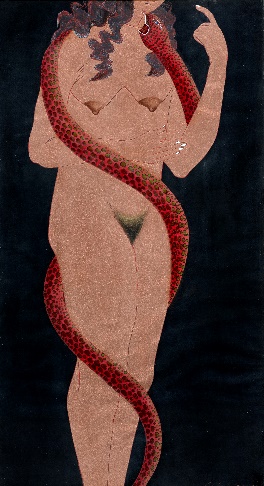 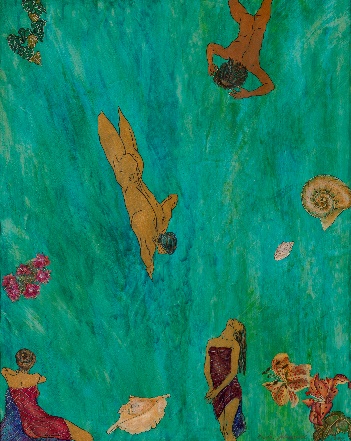 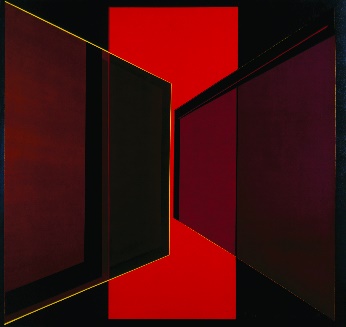 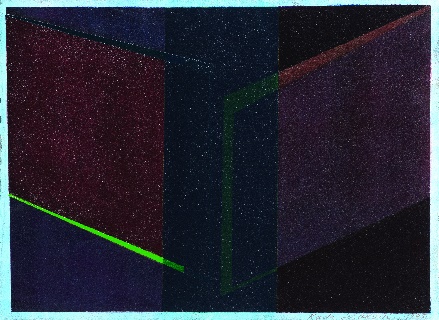 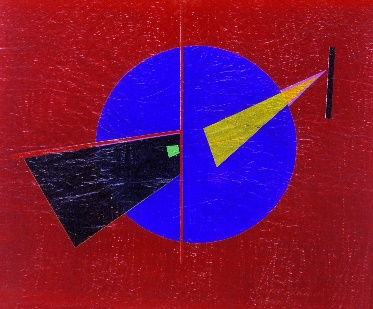 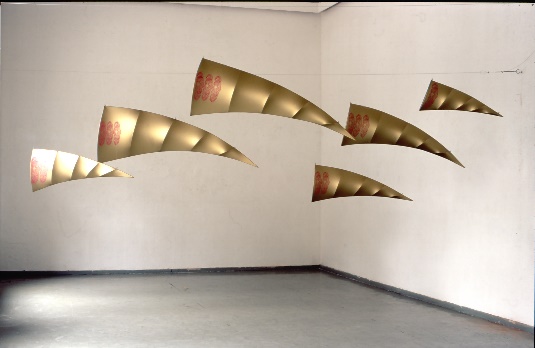 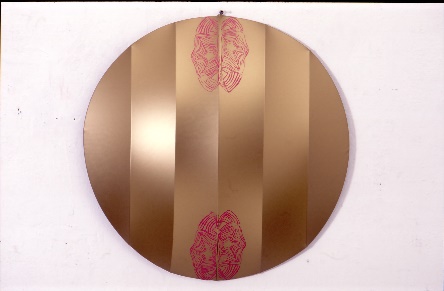 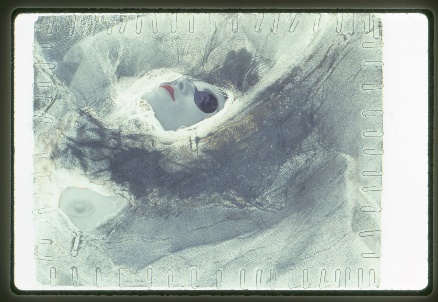 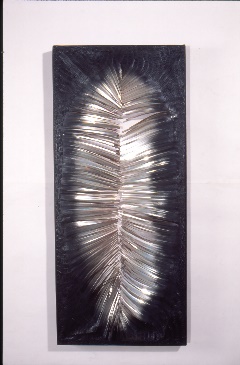 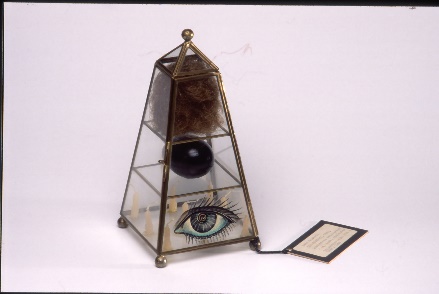 KRALJ I KRALJICA / KING AND QUEEN 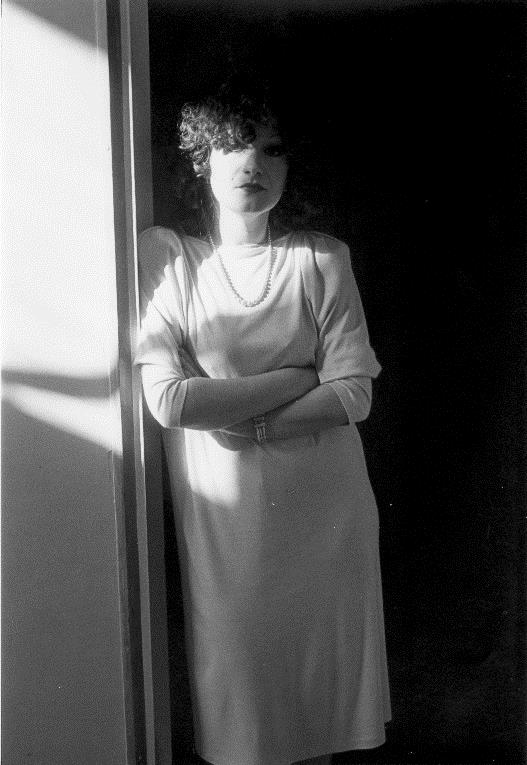