INTRODUCING THE ROOM OF BOOKS

You are here: Home1 / INTRODUCING THE ROOM OF BOOKS 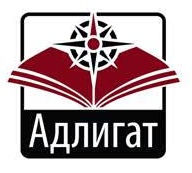 The history of books begins with many questions. The number of reliable answers is not sufficient. The original form of the book was immaterial and belonged to the oral TRADITION, so that the book’s deepest root is as old as the man of mastered experience and knowledge. When he decided to effectuate that experience and knowledge into a handicraft, to usher outside his internal world, he stepped into the area of creative power where knowledge and experience were supported by the artistic and aesthetic potential. Numerous cultures have endowed us with books of different content and form whose beauty we still marvel at today. At present we are surrounded by oceans of books and rarely have the opportunity to appreciate their true beauty as before.

The ZEPTER MUSEUM, the MUSEUM OF BOOKS AND TRAVELS and the ARTISTS, inspired by the subject matter of the book, prove that in every moment and in various aspects, an artistically designed book is possible.

Artist’s Book, as a specific entity, has its origin in artistic practices that had remained for a long time outside institutions and outside the gallery system (William Blake could be considered its 18th century fore-runner). It is usually related to avant-garde movements of the twentieth century, the works of Futurists, Dadaists, Surrealists, to conceptualism (although by its materiality it represents a contradictio in adjecto to dematerialised practices and the rejection of object).

Various modalities and interpretations of literary works and transference of temporal into spatial media, open up space for dialogue exchanges between the literary and the visual, the fictional and real, when visible instruments explain the internal and invisible, and where „the visible as the house of meaning“ enters the field of interpretation.

According to Katherine Hayles, Artist’s Book possesses three characteristics: physical object, textual content and reception, all of them in constant interplay, forming polymorphic shapes and bringing about change in the usual practice of reception, thus creating conditions for new readings of a work. In a work formed in this way text is either not always present or just loosely related to the material form.

With regard to the reception of a literary work, Francis Bacon, a 16th century philosopher, stated that some books could be read from the front, some from the middle and some from the back, thus heralding Paul Valéry’s thinking and the unconventional form and structure of the „stream of consciousness novel“. Believing that a book can be opened in any place Paul Valéry said that „the vitality of a book did not depend on what came previously, or on a kind of fixed illusion, but on what could be called a singular activity of the textual warp“.

If one was looking for a visual correlative to the “stream of consciousness novel” one could find it in an Artist’s Book, anti-book, no-book, as named by Ričard Kostelanec (Richard Kostelanetz). “Stream of consciousness novel” deviates from the conventions of traditional novel, uses procedures very like those applied in editing, wordplays, free associations, multiple points of view, and possesses a new structural organisation (James Joyce, William Faulkner, Virginia Woolf).

The transformation of a literary work into a new material equivalent changes the ontological essence of the book, appropriates new forms and modalities, plays with the structure (Russian constructivists), introduces non-conventional elements. The perceptive and experiential sphere of the observer is also changed. A book should be “seen, heard, touched”, smelled. (The work Literary Sausage is filled with a copy of Daily Mail mixed with spices and other ingredients indicated in the recipe for sausages, Dieter Roth, 1961).

The material component is changeable. There are materials from both the artistic and non-artistic scale (such as paper, wood, clay, leather, metal, fabrics, concrete, glass… – Anselm Kiefer, Lucas Samaras, Günter Ueker, Kiki Smith, Rachel Whiteread and others). The shape and the size vary, but the semantic framework is contextual. Artist’s Book possesses plasticity, exceptional materiality, vibrancy and sensual values (compare the “wild tactility” of Russian futurist books). Interventions and experiments on the material body of the book rely on the techniques of structuring, constructing, cutting out, reconstruction, decomposition, gluing, collaging, colouring, application of graphic techniques and the like.

In mid-twentieth century Artist’s Books entered big museums’ collections (for example, MoMa, Victoria and Albert Museum, Petzi Museum, and many others); they are exhibited at art books fairs and similar events. In this region, there has been an international manifestation Punkt (Nena Skoko, author), or the authored exhibition dedicated to Artist’s Book by Vesna Pavićević Lakićević, to mention only a few.

On the other hand, there is an interesting phenomenon: museums for one book have been opened, such as the Museum of Innocence in Istanbul, after the novel of the same title by Orhan Pamuk, or the Museum dedicated to Chekhov’s work Saghalien Island, opened at Saghalien. These institutions materialise the contents of individual books and the Museum of Innocence in Istanbul, for example, contains collections of objects related to the life of the main protagonist.

The destruction of books for religious, political or moral reasons, in extreme intolerance towards the Other and the Different, the burning of books and libraries, stretches from the destruction of Assurbanipal’s (Sardanapalus’s) library, the cutting of the Book of Gospels in 1914 in the church in Nemenikuće (near Mladenovac, Serbia), the burning of books in Berlin in 1933, the bombing of the National Library in Belgrade in 1941, including other numerous examples of books destruction in the history of humanity. Francois Truffaut’s film Fahrenheit 451, filmed after the novel by Ray Bradbury, is a powerful metaphor and symbolically speaks about the repression of free thinking in authoritative societies that remove books by fire. (The title is related to the temperature at which, the author supposed, paper begins to burn, 451 degrees of the Fahrenheit temperature scale.)

THE ROOM OF BOOKS is an exhibition that shows a variety of book forms in two entities. One is made up of a specific material from the rich collection of books in the MUSEUM OF BOOKS AND TRAVELS, of the Adligat Association, and its founder, the Lazić family, comprising books from other cultures and countries. The second part is a selection of Artist’s Books from the collection of the ZEPTER MUSEUM. Such a concept reveals all the similarities and differences of what one ascribes to a common denominator – the book. But, there is also a question: what is a book or, what can a book be?

Only a small number of exhibits from the MUSEUM OF BOOKS AND TRAVELS (it should be visited so that one can see how complete, rich and beautiful their collections are) appear in the most diverse forms of books with specific features, emphasised materiality and plasticity, including all the cultural, social and technical processes involved in their making. The materials used, characteristic of a certain region of their origin, are frequently organic, such as palm leaves, animal skin, bones, wood and the like. A special aspect is their smell as an element that helps in detecting the age of a book.

The other entity in this exhibition comprises Artist’s Books from the collection of the ZEPTER MUSEUM by: Dado Đurić, Danica Basta, Gordana Kaljalović, Milan Stašević, Milija Nešić, Radomir Knežević Knez, Saša Pančić, Slavoljub Caja Radojčić, Slobodan Knežević Abi, Šemsa Gavrankapetanović, Tomislav Kauzlarić, Vjera Damjanović. Within the diverse thematic and contextual definitions and formal features there exists an exchange of dialogue between different poetics, sensibilities, materials and modalities. The thematic span ranges from interpretation of a library as a metaphor for memory and remembrance, transposition of a scroll into sculptural entities, with words and letters incorporated into the matter of the painting, structural forms as internal composition of a book, books shaped in the primal material – clay, the carrier of textual contents from the time of the oldest cultures, collages and assemblages, books fashioned by cutting, restructuring, decomposition etc.

In the area of such thematic closeness and formal differences there appear tangential polysemantic forms (sculptures, objects, paintings, installations) which imply that an Artist’s Book is a powerful instigator of thoughts, ideas, questions and answers. 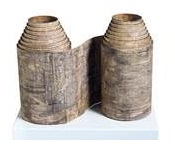 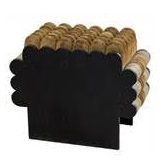 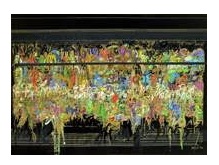 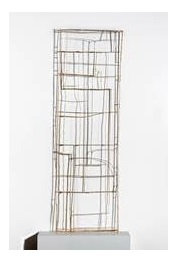 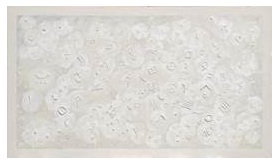 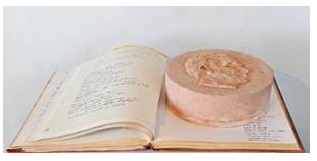 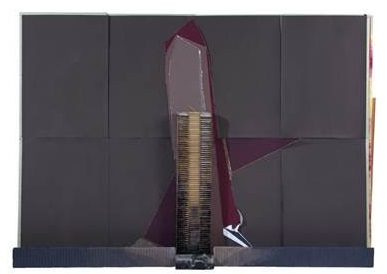